7 Incredible Tools For React Developers in 2020

Javascript is popular for launching new frameworks and tools every week and React is one of its most famous frameworks. When you need to pick the right visualizer, right stylesheet, the right IDE for the new React project, you will encounter many options. You need to pick the right one to improve the development workflow and to enhance the developer’s productivity. React is a JavaScript library for building brilliant user interfaces. But not everybody knows about the incredible tools for react.js developers which provide proactive development experience. With react.js front-end development is becoming quicker and simply better than ever. React enable web developers to render HTML with JS code with the help of unique syntax known as JSX. Why this library is so distinct? It’s the component feature that allows us to break down to isolate the complex UI and the code blocks are reusable.

Which 7 incredible tools for React developers in 2020 you should know?

ESLint is having the real potential to become a game-changer for the developer. It is composed of an intelligent algorithm that can rapidly analyze the code for all possible bugs. Even it offers to fix issues automatically without breaking down the syntax.

React library support inbuilt ESLint configuration. It is built by the developers of Airbnb.

The Bit is introduced to enable React developers to collaborate at a common platform. It allows team members to work together over specific components. It’s a command-line advantage that enables us to build reusable code.  It got huge popularity because it’s completely open-source. Most of its features target to create atomic components and these can be shared easily with others. The individual can verify the dependency of the component by testing it separately.

Being a React developer, have you noticed how much time is consumed to organize a new React project. To help you with this issue, developers from Facebook came up with the eminent project “Create React App”. It’s a beginner kit that lets you stay focused on your code rather than concentrating on configuring the instances. You just require to run npx create-react-app my -app. You will get a fully configured app for your new project. It can boost efficiency significantly even when you are dealing with multiple clients.

Today, it’s standard to have a mobile-friendly website. Most people expect to access websites seamlessly with any device. Even the search engine in its result pages lists the most responsive website. Developers mostly rely upon Bootstrap to design scalable, professional, and responsive websites. But, Bootstrap has components that can’t be integrated to React.

To fill this gap, React Bootstrap – an open-source package is introduced. It consists of all Bootsrap components particularly recreated for React developers.

React Cosmos is a development ecosystem target to build a high-quality and scalable user interface by enabling the user to build prototype, test, and emphasize each of the components of the application.

One can easily prototype a particular component. Iterate the code without interfering with any other code. By isolating the components you can easily debug the issues. It’s most suitable for developing enterprise applications. Because it allows to maintain quality of code by breaking down a project into multiple reusable components.

A developer may be a good editor or maybe not, but for development activities, you need the help of an editor. There is something interesting called Reactide, its an IDE created for React. It has amazing features as you can observe the components of the project inside the IDE. It has an in-built Node.js server which is well integrated with the browser simulator. You can get started with this editor to tune up your code by removing the hurdles.

Testing is the first thing that determines the quality of your code. Always remember, it’s important to select the right testing tool for your project. React Testing Library is a library which enables to test React code. It extends on standard libraries such as react-dom/ test-utils and it’s simple to use it.

Storybook is equipped with an interactive development platform, where one can build their own new components and test them as well or take-up existing components available in the library. This tool is compatible with almost all major JS frontend frameworks including React, Angular, Vue, and raw HTML. It has a variety of addons:

Storyshots: Components are tested with the help of snapshots

Viewport: The layout of responsive components can be changed.

Thanks to these tools which make the React library valuable for front-end developers. The React developer tools are evolving every year. The React community is growing tremendously which aims to help each other and make the development environment developer-friendly.

While choosing tools for your next project it’s easy to go for those tools, about which you know very well but to grow you need to explore what are the existing options available out there. These are the incredible tool for react developers, all of them might not help your code but most of them can be implemented to complement each other.

If in your next project you want to build a fabulous web application, let us know. We have dozens of ReactJS developers experts in building projects for various industries.

Hopefully, you get valuable information here and look forward to us for more in the future! 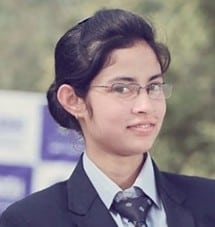 Sushmita Sen is a technical content writer at APPWRK IT Solutions, a company that caters to the diverse IT requirements of individuals and enterprises in the United States region. She loves to write about the latest digital trends and possess an in-depth knowledge of topics like front-end development, back-end development, mobile app development, and much more.