Why Businesses Are Preferring ReactJS Development Services? – APPWRK IT Solutions

In the past few years, various front-end frameworks and libraries have spring up like mushrooms leaving the developers in a conundrum to choose the right one. Comparison between these frameworks and libraries are difficult, as each of them comes with some specialized feature which makes it tough to pick one. But in the recent times, ReactJS has come up to be the hot favorite among the businesses, making it one of the most reliable front-end libraries.

React is an open-source JavaScript library used for frontend development, which is maintained by Facebook and a community of independent developers and companies. React was open sourced by Facebook, which includes libraries for creating user interfaces on the web (ReactJS) and on mobile devices (React Native). React was put out during a time when there was not a powerful frontend JavaScript library. It was applied on Facebook in 2011 and on Instagram in 2012. React can be used with other frameworks of JavaScript such as angular for developing UI’s, it has an active community and substantial foundation behind it.

If you have heard of React but are not sure why you should select it for your work, this post could help in clearing your doubts, let us discuss the reasons why to choose React for the frontend development-

If a technology gets hard to learn, you will likely find it tough to start. But React is easy to learn, unlike Angular, it’s not a composite tool. It doesn’t take much time to learn this technology, one can easily begin things with it, with not just a great number of easy to understand tutorials availability it also has a very simple library. 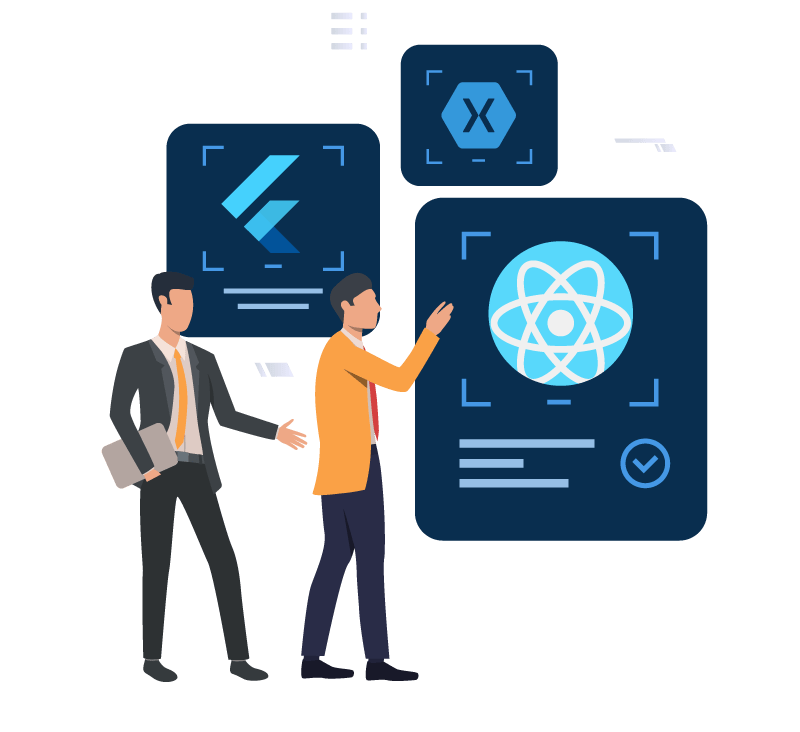 React is acclaimed for its high efficiency and flexibility, it can be easily combined with other frameworks without any fuss. React code is easy to maintain and update due to its modular structure, it can be used for both client side and as well as for server side, which makes it significant in saving time and money.

One of the most important reasons why you should opt for React front-end development is that it has a great community support, it has close to 1300 contributors on GitHub which is more than any other library/framework. A huge community of developers are making react better, as it is an open source library, which is helping people around the globe to learn the technology in different ways.

SEO is a major problem for single page application, but React is a SEO friendly front-end library, which provides more visibility for your site, we can avoid SEO issues with this library as React projects are better optimized for search engines which provides an overall better user experience.

React is a framework for constructing applications using JavaScript and React Native is a complete platform allowing you to build native, cross-platform mobile apps, ReactJs acts as the heart for React Native as it provides JavaScript library for constructing a high performing UI and it also assimilates all of React’s concepts and syntax, which makes language learning easy.

React development services are used by great companies and startups, the list is everlasting but some of the renowned such as Facebook, Instagram, Dropbox, Netflix, Airbnb, PayPal, Walmart and many others use the React front end library, as it is undoubtedly a high-quality tool for the development.

7) React is hot and trending

Being one of the most popular frontend technologies in the market it has a succeeding share making it a worldwide accepted front-end development library, according to a survey conducted by Lambda Test a total of 64.8% of javascript developers are currently using React. When such a technology gets adopted by more and more people, it is clear that it is because of its good standard 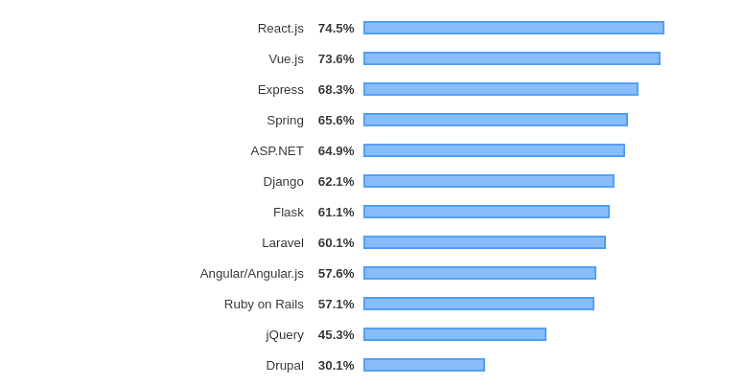 According to the survey conducted by the stack overflow, React.js is the most loved and the most wanted web front end Library by developers.

From this post we have learned that React has some magnificent benefits which makes it one of the most preferred front-end developer, owing to its features like flexibility, easy maintenance, fast development, trouble free transitions and much more, making it an ideal development service.

I hope after reading this article, you are convinced with why businesses around the globe are preferring Reactjs development services, and if so then what are you waiting for? Contact Appwrk IT Solutions to turn your idea into business.